A Selection To Be Proud Of

This is a month for celebration for Moore & Moore photography, as an image by Tony (Anthony) Moore has been selected to be displayed in an exhibition by the Royal Photographic Societies titled ‘International Images for Screen’.

The competition was open to anyone to enter, and aimed to celebrate photography from across the globe and bring together many different cultures to share in some fantastic images. Because this exhibition is digital, it will be produced on CD’s, and everyone who entered an image to be selected will receive a copy. There were 3 categories to chose from when entering: ‘open creative’, ‘open traditional’ and ‘nature’. The best images were then selected by a panel of elite Royal Photographic Society members, including Rikki O’Neill, Tony Worobiec and Leo Palmer.

Tony’s entry featured a view of London taken from the Millennium Bridge during the winter of this year. A beautifully detailed image with stark streaks of blue and silver reflect the vibrancy of London, even in the cold winter months. The image comes alive with bright and bold colours, and has a very fluid feel about it. But this image was not just taken with a snap click mentality. Instead of taking a single photograph, Tony took 3 photographs in quick succession, and then used a technique known as Exposure Fusion to create the beautiful image chosen.

What Is Exposure Fusion?

Exposure fusion is a relatively new technique in image development, and is used to create  high dynamic range photographs in difficult photographic situations. You do this by blending the exposures from multiple images (in Tony’s case he used 3 different images at 3 different exposures – over, correctly and under exposed) to create a single image to produce something detailed and vibrant. The goal of using exposure fusion is to achieve a higher dynamic range and detail in the shot than the camera is capable of producing with a single exposure. By using this simple technique you can create absolutely stunning images in extreme lighting conditions.

One of the limitations of photography (whether film or digital) is that any given exposure can only capture a limited amount of tonal information. Some exposure  therefore can be a compromise – maintaining a delicate balance between the light and dark elements of the scene. This becomes even more of an issue when photographing at night, as Tony did, particularly when artificial light is also present. The difference between the brightest and the darkest parts of the photograph are more extreme, and there is  little detail in the middle to be captured. It is also difficult to capture the detail in the darkest dark parts, or the lightest light parts of the images, leaving a lot of it missing when using a single exposure to capture the scene.

Typically, overexposing a photograph is seen as a bad thing. The image will come out too bright and blown out. However, when using exposure fusion, one over exposed image will provide a lot of detail in the darker areas of the picture which would not usually be captured. Similarly,  when you underexpose a photograph more detail is captured in the brighter areas of the photograph. By combining the three exposures you’re working within the limitations of the scene to get the best image you can. 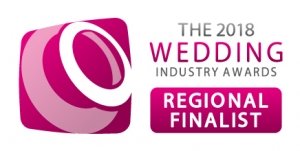 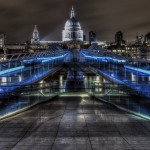